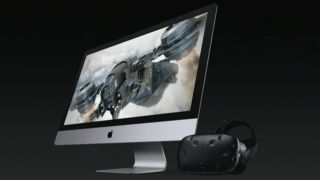 There’s some good news on the WebVR front, with developers from Apple having just joined the project, adding more weight to the initiative and pushing it forward (or at least that’s the hope, anyway).

Google’s Brandon Jones, a Chrome WebVR developer and one of the chairs of the WebVR community group, observed the Apple devs signing up and brought the matter to light in a tweet (spotted by Upload VR).

Apple has joined the WebVR community group! The WebVR spec now has input from every major browser vendor. https://t.co/nKuE1rO43fJuly 5, 2017

The idea of WebVR is to produce virtual reality experiences which work in a web browser and are hardware agnostic, so you can enjoy them with whatever headset you happen to own – from the HTC Vive or Oculus Rift down to Google Cardboard.

All you need is to be viewing the content in a browser which supports displaying WebVR, and as Jones observed in his tweet, Apple’s move means the spec now has every major browser vendor on board – Chrome, Firefox, Edge, and now Safari.

Of course, before we get too carried away, three Apple developers signing up to the community does not mean Tim Cook’s firm has suddenly decided that WebVR is going to be a big thing with its browser. It could potentially mean something along those lines – but equally it could mean nothing, and simply be a move born out of mere curiosity on the part of these folks.

Still, the fact remains that it can’t be a bad sign, particularly as Apple is looking to push forward in a major way with virtual reality. We saw this clearly at last month’s WWDC, where a number of announcements were made including the firm’s Metal 2 graphics tech being optimized for VR development (with High Sierra) and Mac computers finally getting support for HTC Vive and SteamVR.

But the road ahead for WebVR is a long one, because even putting Safari aside (which of course doesn’t support the standard – yet), all the various headsets are only compatible with certain browsers as it stands (for example, Vive and Rift aren’t compatible with Edge).

And as we saw last year, there are still technical achievements and goals to be reached, including pushing web-based VR to a fully smooth 90 frames per second experience.

So, there’s still plenty of work to be done, but hopefully this is another step in the right direction towards the WebVR standard realizing its full potential.