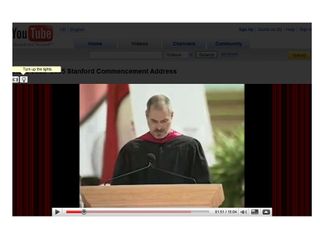 It's no surprise that YouTube is planning on streaming full-length movies. The company has already premiered its first studio movie and a handful of indie flicks have been shown in full.

The company, however, is looking into getting major feature films on the site and, according to some unnamed studio execs, the content will be coming sooner than you expect.

Speaking to CNET News, an executive with a major entertainment company, said: "It's not imminent, but it's going to happen. I would say you can expect to see it, if all goes well, sometime within the next 30 to 90 days."

The company has already added a whole host of features to make longer viewing more comfortable. These include a widescreen viewing option and a lights-off app, which makes the screen stand out more.

There's no word which studio is looking to adding its movies to the site, but it's probably not going to be LionsGate, who only recently signed a short-film only deal.

YouTube does need to get its act together, however, as owners Google's patience must be wearing thin. The company has struggled to find a workable advertising scheme for the site to bring in revenue.

It's a bit of a slap in the face for the site, that one of its major rivals Hulu.com has managed to earn around the same amount of revenue as YouTube this year, despite having a much smaller audience.

Hulu.com is a US-only site that has been created by Fox and NBC, but shows an array of content from other companies, including over 100 films.