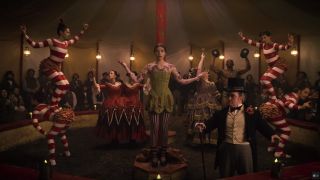 "Forever is composed of nows," or so said the beloved American poet, Emily Dickinson. So it's no wonder that Apple TV Plus, the incoming Apple TV streaming service set to launch in late 2019, will be relying on some of today's biggest names to keep its platform going in the long term.

The latest Apple Plus TV show? A comedy-biopic covering the life of Emily Dickinson, portraying her not as a lonely spinster, as so much of her critical appraisal has, but as a wild card looking to make trouble, join the circus, and (apparently) invent some club moves. Who said poetry had to be well behaved?

Bite of the Apple

Starring Academy Award nominee Hailee Steinfeld (True Grit, Spider-Man: Into the Spider-Verse), the Dickinson comedy series is set to offer a revisionist history of the famous writer, whose formally innovative musings have become a common appearance on many an English Literature syllabus.

The production is only one of a number of announced Apple Plus TV shows we know are coming to the service, including The Morning Show (featuring Steve Carell and Jennifer Aniston), a mental health documentary series hosted by Prince Harry and Oprah Winfrey, and an anthology series from Steven Spielberg.

Like Disney Plus, Apple's streaming service will be entering a saturated market full of content providers like Netflix, Amazon Prime Video, and Hulu – and will likely struggle with a lack of content in its early days. But if Apple keeps attaching big names to its service, with the fun hooks to draw in audiences, it may well attract both the audience numbers and the awards buzz it so desperately wants.