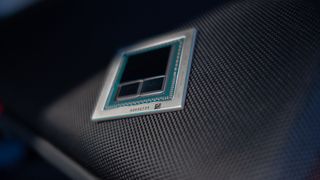 We’re still waiting for AMD's 7-nanometer (nm) Vega graphics cards to finally appear at CES 2019, but it seems the chip maker is already stepping up testing on its next-generation GPUs.

AMD is supposedly already lab-testing 7nm Navi graphics cards well ahead of their rumored mid-2019 launch dates, according to Fudzilla. Not only are these cards in a test-ready state, it seems they’re even performing better than anticipated – if these purported inside sources are to be believed

Unfortunately, Fudzilla’s sources don’t go into any specific benchmarks to explain how they're exceeding expectations. Instead, the report goes on to claim that Navi-based GPUs will target the mid-range of the market, with Nvidia GTX 1080 levels of performance for only $250 (about £190, AU$350).

The lack of test results as evidence leads us to question the credibility of this report; however we're nevertheless excited by such a rumor.

Despite the introduction of Nvidia's Turing series GPUs, the prices of graphics cards, like the Nvidia GTX 1080 and AMD Radeon RX Vega 64, haven’t fallen by a significant margin. The components world is really hurting for a powerful and affordable graphics card, and AMD Navi could be just the thing we’ve been waiting for.