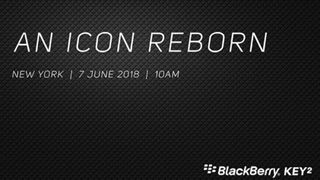 The BlackBerry Key2 is being announced today in New York and we’ll bring you all the news as it happens.

BlackBerry Mobile will be streaming the whole announcement event on YouTube, and you can find that video below in this article – though if you’re reading this earlier in the day it won’t be live yet, so come back later.

All that said, we’re not expecting many surprises, as the BlackBerry Key2 has been heavily leaked, so we have a good idea of what it’s likely to look like and of all the specs.

We’ll soon know how true all that is, but if the leaks are accurate it’s shaping up to be a very solid upper mid-ranger – albeit one aimed squarely at those who need more than a touchscreen for their typing.