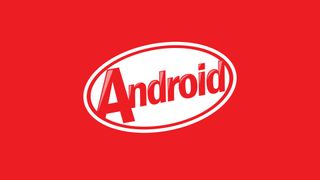 Android is the place to be for apps like these

We know. We know. You went for iOS because of its superior ease of use, because of its it-just-works reputation and lack of device fragmentation, because of the iOS-exclusive apps and because the hardware's pretty tasty.

And that's great, but let's be honest: Apple's "It's Apple's way or the highway" approach sometimes means that the things that delight users of other platforms don't always make it onto iOS.

Why can't we change our keyboards, count our Bitcoins or install from our iMacs? These are the Android apps and app features we'd love to see on our Apple devices. What about you?

Don't like Apple's on-screen keyboard? Tough: you can't change it, and that means you're excluded from the many joys of Swype. Swype's scribbly-input is close to magic, and once you've got the hang of it it's incredibly fast.

Things are improving in iOS input land - the excellent SwiftKey is now available on iOS as a stand-alone app - but we'd love to be able to swap out the default keyboard altogether.

Tasker could well be the poster child for Android apps: it's a little intimidating at first, but the things it can do are incredible. It takes the same "If This, Then That" approach as the IFTTT web service, but it applies it to your device - so you might say "if I plug in the headphones start playing music", or "if it's 3pm on Friday I'll be in a meeting so silence the ringer and text anyone who calls to say I'll get back to them afterwards". It's like the Automator app you'll find in OS X, and like Automator it's really a programming language masquerading as an app.

This month Apple upset a whole bunch of Bitcoin miners by booting Bitcoin apps such as Blockchain from the App Store. The move demonstrates a strength and a weakness of Apple's app curation: on the one hand Apple's policing does remove malware, rip-offs and the very worst apps, but on the other it can mean Apple deciding to block legitimate apps that it doesn't approve of.

Apple's ongoing dismissal of NFC in favour of its own alternatives (AirDrop and iBeacons) means that NFC apps on iOS aren't looking very likely, and that means iOS users are missing out on fun tag-related tomfoolery such as automatically switching to car mode when getting in the car, sharing contact information or triggering Tasker scripts.

Locale goes way beyond Apple's "remind me to get milk when I'm near Tesco" location awareness and its Do Not Disturb mode. Locale can turn off battery-hogging features when the battery is low or remind you to find a charger, it can change display settings - including wallpaper - according to where you are, and you can use it to create profiles that disable the ringer or turn off Bluetooth or anything else you fancy.

As the outcry over iOS 7 demonstrated, not everybody agrees with Apple's design choices - and on Android, they can make their devices look and work however they want. There are stacks of Android customisation applications to choose from, including Go Launcher EX, although fans of irony may enjoy the news that Google briefly pulled one of them, Themer, because it made Android look too much like iOS.

The Lock Screen is another bit of iOS many people would like to customise, and once again on Android there are all kinds of apps that Apple owners can only envy. One of the most interesting is Cover, which learns the apps you use in particular places and customises the Lock Screen accordingly - so it displays your entertainment apps at home, your working apps at work and your travel apps when you're on the move.

Yeah, we know, over Apple's dead body - and even Adobe's lost interest in making Flash for mobile devices. But there are times that Flash is still useful, such as when you're trying to read a restaurant's menu (why are they always in Flash? Why?) or play a Flash game.

Timely is an alarm clock, but it's not just a pretty clock face. If you're a little too handy with the snooze button you can get it to set you challenges before it'll switch off the alarm, and cloud sync means you can share settings and alarms across all of your devices. It's a superb little app.

The Play Store reviews suggest that it's a little buggy on some devices, but the idea behind App Lock is excellent: it offers locking not just of key phone features but individual applications (with individual passwords, if you want to keep things complicated), and if someone gets the login wrong it'll take a photo that you can use to identify and/or shame the culprit. The gesture lock is a particularly nice touch. Other App Lock apps go even further, with geofencing that works out where you are and enables or disables phone features and apps accordingly.