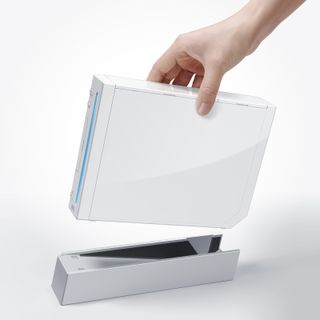 Is the Wii an environmental hazard?

Greenpeace also claims that all three manufacturers “failed the green electronics test set by Greenpeace” and are culpable of releasing excess toxins into the environment “such as polyvinyl chloride (PVC), phthalates, beryllium and bromine indicative of brominated flame retardants (BFRs).”

The report adds that: “One of the phthalates, DEHP, is known to interfere with sexual development in mammals – including humans - especially in males.”

“Whether game consoles are classified as toys or not, they can still contain hazardous chemicals and materials that could harm humans. The technology is available for the manufacturers to design out toxics and produce greener game consoles now,” said Dr. Kevin Brigden, from the Greenpeace Science Unit at Exeter University.

“Our test clearly shows that a greener game console is possible; manufacturers just need to look “inside the box” of the competition to see which of their own dirty components can be replaced with toxic free materials.” said Casey Harrell, Greenpeace International Toxics Campaigner.

The BBC and a number of other mainstream news outlets report this morning that: “Nintendo are not doing enough to eliminate potentially harmful chemicals and metals from their games consoles.”

According to the BBC report Greenpeace added that “Nintendo's environment policies were "non-existent".”

A Nintendo spokesperson gave TechRadar the company’s official line on this matter this morning which is as follows:

“Nintendo has not been badly rated by Greenpeace. Greenpeace chose to conduct a survey and produce a report, which graded companies upon the voluntary submission of information.

“Nintendo decided not to take part in the survey and were therefore 'ungraded' in the resulting report. Nintendo provides detailed information regarding our compliance to EU Directives via the Consumer Section of our website and therefore we felt it unnecessary to take part in the Greenpeace survey.

"Furthermore, we fully comply with all the necessary EU Directives on the Restriction of Hazardous Substances aimed at environmental protection and consumer health and safety. Furthermore, in order to ensure our products are safe for use by young children we also take into consideration the standards applicable to toys.”

TechRadar has contacted Dr. Kevin Brigden at the Greenpeace Science Unit at Exeter University for further comment on this matter, so stay tuned for updates.