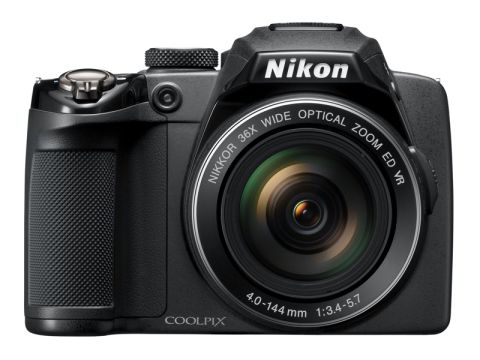 How does the Coolpix P500 measure up? Read on to find out.

All things considered, the range of features and excellent low noise at high sensitivities make this a camera worthy of consideration if you're in the market for a super-zoom compact or bridge style camera.

As digital SLRs have become more accessible and less expensive, bridge cameras have had to change so they now have larger zoom ranges and more compact bodies than their predecessors.

Nikon's Coolpix P500 sits in the middle of their 'Performance' range of compact cameras, which offer more features than the 'Style' range - including manual control and superior low light performance.

In the case of the P500, it offers the largest zoom range of any current Nikon Coolpix camera and manual control, but lacks some more advanced features - such as raw image recording - and is priced at around £300.

The huge zoom lens covers a range equivalent to 22.5-810mm on a 35mm camera. The wide-angle end is wider than most equivalent cameras, which can be useful for shooting in tight spaces and for exploiting the distortion of perspective as you get close to your subject.

The 810mm equivalent telephoto is ideal for isolating distant subjects, and may even be suitable for wildlife and other areas of photography that require some distance between the camera and the subject.

Although the 12.1-megapixel sensor may have a modest pixel count by today's standards, its back illumination should ensure the quality at high sensitivities is maintained. Back-illuminated sensors differ from traditional imaging chips because the circuitry is located out of the optical path, allowing more light to be gathered by the sensor, which improves quality at high sensitivities and increases dynamic range.

Sensor-shift and electronic image stabilisation technologies have both been incorporated into the design, which should help to increase the number of sharp shots taken with that 810mm equivalent telephoto.

Nikon's latest Expeed C2 image processor is also included. This promises to improve the responsiveness of the camera, the quality of video and the quality of images taken at high sensitivities when compared to previous image-processing engines.

Stereo sound is recorded with standard HD footage via the microphone on top of the camera, and there is no way to connect an external microphone. High-speed footage contains no sound.

Zoom and autofocus functions are disabled during recording of high-speed video footage. When recording HD footage, the zoom can be used, but autofocus will only function if the full-time AF function is enabled in the menu.

Along with a wide range of automatic scene modes, the P500 also has program auto, aperture priority, shutter priority and manual exposure modes, which will please enthusiasts who may want to take more control over exposure.