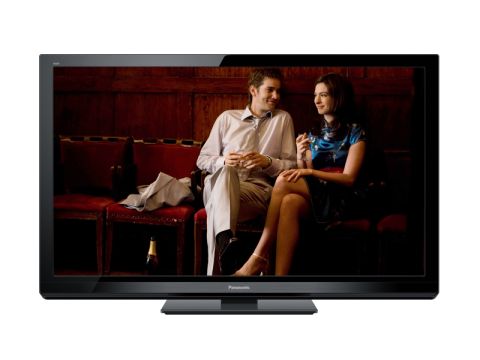 The audio performance of the TX-P50G30B is adequate, but nothing more. Users are restricted to three presets - Music, Speech and User. Under the first two you can tweak treble and bass; the latter option brings an eight-step equaliser into play.

We used this to try to lend some low-end muscle to the sound, but were still left craving a subwoofer. A TV of this quality deserves a 2.1 system at least.

Alongside the presets are V-Audio and V-Audio Surround options. These do add a bit of width to the TX-P50G30B's soundstage, but it's hardly like going to the Odeon.

One positive about the set's sonics is that, given the right material, its width lends itself to some decent stereo separation.

Retailing for around £1,100, the TX-P50G30B is not exactly the last word in value for money; there are more affordable 50-inch plasmas around, particularly from LG. And, at the time of writing, retailers seem to have a good supply of 2010-model plasmas to shift, which are even better value if you can live without the most up-to-date Smart TV platforms and picture technologies.

However, the TX-P50G30B is such a good performer, and (3D aside) so well featured, that we don't think anyone will be disappointed with their investment.

For everyday use, the TX-P50G30B will pose no problem for anyone with a scintilla of technical know-how, with onscreen menus that are straightforward and simple to navigate - there's no XrossMediaBar-style tomfoolery here to befuddle older generations.

Having said that, hanging around in these menus is hardly a luxurious experience. Yes, Panasonic has introduced some colourful flourishes and snazzy icons, but these sit alongside some dull-looking areas. The whole presentation is schizophrenic: the Viera Connect menu is all glitz and glamour, but go deep into the Viera Tools media browser and you'll feel like you're using a PC from 1995. A bit of spit and polish would be appreciated here.

Also, while the supplied remote control is not mind-boggling complex, it could do with a revamp. Some of the buttons are too small - Menu, particularly - and could be positioned more intuitively. And who uses the buttons 1-9 to change channel these days, anyway?

Installing the TX-P50G30B is definitely a two-man job, unless you're Dolph Lundgren, but at least the weighty stand and sizable screws give it an air of indestructibility.

Current page: Panasonic TX-P50G30B: Sound, value and ease of use