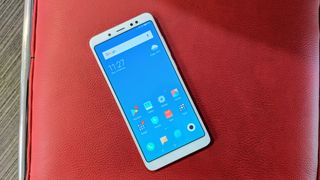 According to Xiaomi, the increase in prices is due to multiple factors ranging from huge demand to a new tax structure that imposes a 10 percent tax on PCBA imports. Xiaomi says that it can ramp up local PCBA production by 100 percent only by Q3 2018, and as such, it has to import a “significant number” of PCBAs.

Further, the depreciation of the INR by nearly 5 percent since the beginning of this year has also affected Xiaomi’s costs. These three factors together would have increased Xiaomi’s working costs and to make up for them, the company has announced a hike in prices of two of its popular products.

New prices applicable from May 1st

Xiaomi has announced that the new increased prices will be applicable from May 1st on Mi.com, Mi Home stores and Flipkart.

Prices could come down later

While Xiaomi has not commented on whether the prices of the Redmi Note 5 Pro and the Mi TV 4 could come down in the future, the company has revealed that the local production of PCBAs will increase by 100 percent by Q3 2018. This could bring down Xiaomi’s PCBA imports, and there are chances that the company could pass on the benefit of reduced costs to its customers.