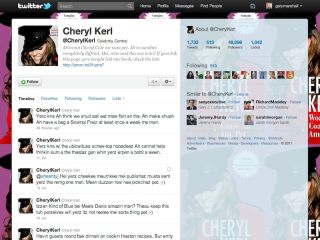 Fed up with endless news about tablets and big TVs from CES ? Then come with us as we discover how to ruin a pirate's day, why tweets tell people more than you might realise and why we should all be working on our alien-punching skills.

Good news for anyone who's scared of the dentist: thanks to Brian Millar of King's Dental Institute in London, you won't have to hear the horrible sounds of drilling any more. That's the good news.

The bad news is that instead, you'll hear the sounds of souls enduring eternal torment in the fires of hell.

Only one of those sentences is true.

Professor Millar's idea is similar to noise-cancelling headphones and was inspired by road noise-removing technology used in Lotus cars that removed tyre and wind noise without muffling the sound of emergency sirens.

CRAZY CAT: Science can silence dental drills, but it can't do anything about wacky dentists [Image credit: Dan, Wikimedia commons]

A digital signal processor analyses the sounds, isolates the horrible drilly bit and creates a wave to cancel it out without affecting other sounds such as your dentist's voice. Professor Millar is now looking for an investor to help turn the idea into a real product.

The tweets are all reet

LOCATION, LOCATION: When you tweet, you may be giving away subtle clues about where you come from

Researchers at Carnegie Mellon University in Pittsburgh, Pennsylvania analysed a week's worth of tweets and discovered that simple word choices located people to within 300 miles. That's not accurate to hit them with missiles, of course, but it shows that accents exist online as well as offline.

From yarrrr to arrrrgh

Buy shares in eye patches: ship captains will soon be sailing around the seas, blinding pirates. Modern pirates are considerably less funny than the ones we see in the cinema, and BAE Systems has been working on a non-lethal way to stop them attacking ships.

Its solution? A green laser that's powerful enough to tell faraway pirates that they've been spotted, and powerful enough to temporarily blind them if they ignore the warning and get too close. The challenge for BAE is to ensure the system can't do permanent damage: the system is intended to stop pirates from using their own weapons rather than to hurt anyone.

A load of balls?

Could the future of gaming be a small white ball? Apparently so, if the reaction to Sphero at this year's CES was any indication.

Sphero is a glowing robotic ball that can be controlled from a smartphone or tablet, and it works on both iOS and Android. If the thought of rolling a ball around doesn't fill you with excitement, imagine the same tech in more interesting robots for real-life multiplayer gaming.

Aliens are not our friends

The next time you watch the stars, remember this: there are space aliens up there, and they want to hurt us.

That's pretty much what the Philosophical Transactions of the Royal Society is saying, anyway: in one article, professor of evolutionary palaeobiology Simon Conway Morris reckons we should prepare for the worst.

"If intelligent aliens exist, they will look just like us, and given our far from glorious history, this should give us pause for thought," he says, adding: "So which is worse? Meeting ourselves or meeting nobody?"