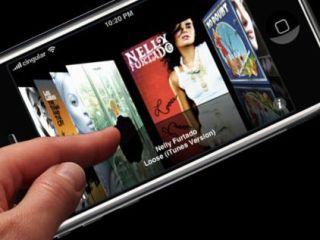 Soon, people will rip their CDs to their phones. We're living in the future!

Later today, Vince Cable will announce some important changes in the law.

No longer will it be illegal to rip your eight-track cartridges to C90s, provided it's for your own personal Walkman!

No more will you need to fear the copyright cops when you backup your Laserdiscs to Betamax!

I'm exaggerating, but only by a little bit. Just twelve years after the MP3 revolution kicked off, ten years after the iPod launched and five years after the Gowers Review pointed out that the no-ripping stuff made our copyright laws look a bit silly, the government plans to make format shifting legal.

Apparently we'll be able to rip our DVDs for personal use too, although the FT reports that - surprise! - the film industry's really against that idea, so don't hold your breath for that one to turn up on the statute books.

But legalising format shifting is a positive step.

While nobody's been prosecuted for ripping to their iPods, firms advertising hardware or software can have their collars felt: earlier this year the Advertising Standards Authority banned ads for the Brennan JB7 CD-ripping hi-fi because of a single complaint claiming the ads incited people to break the law.

But Vince Cable's speech will also demonstrate just how in thrall the government is to the copyright industries.

Remember the Digital Economy Act, which the Lib Dems promised to repeal before the coalition gave them a good excuse not to do anything? Vince Cable will say that some parts of the Act are unworkable, so for example the government won't make ISPs block copyright-infringing websites.

That'd be much more impressive if ISPs weren't, er, being forced to block copyright-infringing websites: the BT/Newzbin2 case has established site blocking in UK law, and that means more sites can and will be blocked. The Guardian reports that Ed Vaizey will meet ISPs next month to discuss "curbing infringing sites voluntarily".

Cable will also announce a "scoping review" regarding a proposed new copyright exchange, a one-stop-shop that would make it easier for people to licence copyrighted content. The copyright industries really didn't like that idea, and as the Guardian reports, calling for a review is "in effect kicking the idea into the long grass".

Don't let the moans of "this is terrible!" fool you: thanks to Mandelson-era machinations and Ed Vaizey's many meetings the copyright industries have already got what they want; they're just moaning about the details.