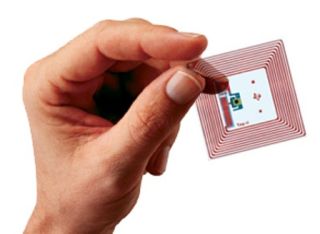 RFID could make services more efficient, but it could also infringe on people's freedom, UNESCO warns

New technologies could harm human rights if not used properly, a UN study warns. The report, entitled ' Ethical Implications of Emerging Technologies ', states that we must consider the effects of the "pace and breadth" of future technologies.

We must ensure that the internet and other new technologies are used ethically to work for people instead of against them, the study by the United Nation's Educational, Scientific and Cultural Organisation ( UNESCO ) says.

"The quickening speed of technological evolution leaves little time to decision-makers, legislators and other major stakeholders to anticipate and absorb changes before being challenged to adapt to the next wave of transformation," wrote Abdul Waheed Khan, assistant director-general for communication and information at UNESCO.

"Lacking the time for lengthy reflection, the international community is often faced with immediate policy choices that carry serious moral and ethical consequences."

UNESCO said that while such technology could improve efficiency, access to public services and security, it could also be abused, used for surveillance purposes which could infringe on people's privacy. It recommended that a code of ethics be developed to ensure technology works for people, not against them, study authors Mary Rundle and Chris Conley wrote .

"The first infoethics goal, derived from the Universal Declaration of Human Rights, establishes the fundamental priority of putting technology in the service of human rights," says the report.

The UNESCO study suggested that human rights be protected online by extending the public domain of information, ensuring diversity of content, and promoting accessibility of information and the means of communication - through programs like the One Laptop Per Child initiative, which supplies cheap computers to the developing world. The internet, and other technology, "threatens to cut off people who lack access to it," the report says.