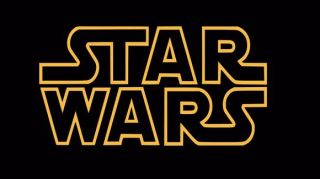 Say it ain't so

Amongst other assets coveted by the Mouse House, Disney's purchase gave it control of the Star Wars franchise, which it promptly divulged would return to theaters in 2015.

The yet-to-be subtitled "Episode VII" will compete with the likes of Marvel's "The Avengers 2" (which Disney also has a hand in) and a purported "Justice League" movie from Warner Bros.

Of course, neither of those other movies has Disney's antagonist ace in the hole: Darth Vader.

Back from the dead?

According to new reports, Disney plans on resurrecting Darth Vader to be a major player in its upcoming trilogy.

Though "Return of the Jedi" ended with a quite satisfactory redemption of Darth Vader (Anakin Skywalker), and then his subsequent death at the hands of the Emperor, it would appear Vader has indeed become more powerful than we could imagine.

The rumors at this point are tenuous at best, as very little confirmed facts about Disney's first foray into the "Star Wars" universe have been unearthed.

Screenwriter Michael Arndt ("Little Miss Sunshine") has been tapped to write the first draft, and Disney is still searching for the right director for the project.

With a property of this magnitude, rumors are bound to fly fast and loose all the way up until the first day of filming actually begins.

Take this with a grain of salt, but do ponder just what it would mean for the franchise if Disney was serious about bringing back Luke's father.