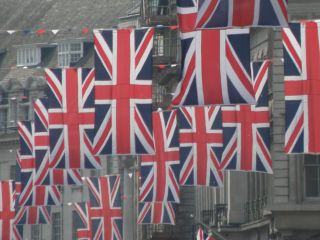 There's no mistaking the fact that the UK is in love with technology. We are a nation of early adopters, enthusiasts and technophiles. We love playing with the latest kit, snooping out the biggest bargains and, thankfully for TechRadar, reading about it.

Britain is, after all, responsible for some of the greatest engineers, designers and innovators of all time; Babbage, Faraday, Watt, Davy, Bell and Brunel, to name but a few, are people who have changed our world beyond all recognition.

The climate and the conditions may be held responsible by many historians for making Britain the starting point of the industrial revolution, but the genius of the inventors and scientists cannot be discounted.

And that tradition has not dulled in the last century – with the likes Christopher Cockerell, Frank Whittle, Tim Berners-Lee and Ian Wilmut, and, of course, John Logie Baird all making our lives very different.

Yet, there is a suspicion that the nation is slipping from greatness; ask people in the street where the greatest inventions of the 21st Century stem from and the UK is not often among the answers.

Silicon Valley, Japan and Korea, it seems, have stolen ahead of the UK as the perceived centres of innovation on the planet.

And yet, in a week when TechRadar will be bringing you interviews with some of the true giants of the British technology world, it remains clear that there is still optimism, still hope that Britain can once more establish itself as the centre of innovation for a new generation.

Even more would argue that prominent figures like British Apple designer Jonathan Ive, games legend Peter Molyneux and inventor of the web, Sir Tim Berners-Lee have played their part in shaping modern life.

TechRadar's Brit week will be bringing you a week of celebration of the UK's technology stars – touching on chip design, computer games, high-end audio, the internet, broadband and television.

We'll be looking at how the UK has led the world on the adoption of 3D, how some of the most famous videogames ever made have hailed from these shores, and how the nation's enthusiasm for technology has never waned.

In a year of Olympic build up and of Royal Weddings, the Union Jack has been flying high, and in a world where technology is the most dynamic and fascinating market we'll be asking how we can raise it even higher.

So keep an eye out for a week of celebration and introspection as we talk to two Knights of the realm, a gaming legend and the man behind the iPlayer along with some of the most familiar names in UK tech.

10 years of Sky+: The EPGs
Sky: Britain has led the world on 3D
Dyson: Britain must produce more engineers
Molyneux: Minecraft is most impressive game of last 10 years
Fable 3 for PC is worth wait, says Molyneux
Sky: Why we like apps over Smart TV
Highfield: UK is a tech savvy nation