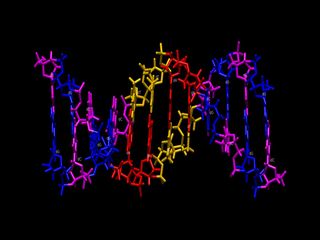 An amino acid, one of the building blocks of life, has been found on a comet for the first time.

Amino acids form the basis of proteins, and are formed when compounds containing carbon and water are given energy.

Scientists have been working on the assumption that amino acids exist in space, after analysis of meteorites on Earth showed evidence of the amino acid – but it is the first time that this has been confirmed.

Nasa's Stardust mission turned up the evidence, and it all adds to the theory that amino acids were first brought to Earth from space.

"It's not necessarily surprising, but it's very satisfying to find it there because it hasn't been observed before," Nasa's Jamie Elsila told New Scientist.

"It's been looked for [on comets] spectroscopically with telescopes but the content seems so low you can't see it that way.

"We are interested in understanding what was on the early Earth when life got started.

"We don't know how life got started... but this adds to our knowledge of the ingredient pool."