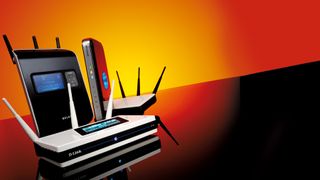 Wi-Fi, not the killer some thought it was

Every time there's a new technology, someone tells us that it heralds the end of the world as we know it.

This year it's social networks killing the art of communication, or maybe Google Glass turning everyone into a walking CCTV camera.

But doom and gloom isn't a new development in tech: many of the things we take for granted once scared the willies out of someone.

These are the technologies that scared many people silly.

When the Stockton-Darlington Railway opened in 1825, people feared the worst: the human body, surely, wasn't made to travel at incredible speeds of 30 miles per hour. People genuinely believed that going that quickly would kill you in gruesome ways, such as your body melting.

The telephone wasn't greeted with universal enthusiasm. Some elderly people feared that touching it would give them electric shocks, while men worried that their wives would waste too much time gossiping. In Sweden, preachers said the phone was the instrument of the Devil and phone lines were stolen or sabotaged; others feared that the lines were conduits for evil spirits. The invention of telesales would prove them right.

We've all been told to sit further away from the TV for fear of ruining our eyes, but it turns out that there's fire behind that smoke: in the late 1960s General Electric shipped faulty television sets that emitted dangerous X-rays and officials warned against sitting too close as a result. GE fixed the problem, but the scare lived on.

In the mid-2000s there were widespread concerns that radiation from CRT (cathode ray tube) monitors could cause miscarriages in pregnant women. Initial studies suggesting a link couldn't be replicated, but the display industry adopted the TCO93 and TCO95 safety standards to reduce CRT radiation anyway.

The killer Wi-Fi scare has the same roots as the killer-CRT one: it's about invisible radiation that some people believe has terrible effects, in this case "electrosensitivity" and cancer. Newspapers ran lots of lurid headlines about the potential dangers of Wi-Fi but to date there's still no reliable evidence of any ill-effects from wireless data of any kind. That won't stop this one from turning up again when wireless charging becomes mainstream.

In the run-up to the year 2000 we were told that computers' reliance on two-digit year fields meant that when the new millennium dawned we'd be dodging falling aeroplanes, getting stuck in lifts and generally experiencing the kind of post-apocalyptic wasteland you get when The Guardian writes about Newcastle. In the end nothing happened, which either proves that the people who fought the Y2K bug did a fantastic job of saving the world or proves that the whole thing was a load of made-up old bollocks all along.

Robots! Coming over here, taking our jobs… actually, that one came true. Digital technology has replaced humans in all kinds of fields, whether it's sampling replacing session musicians, ATMs and self-scanning checkouts replacing bank clerks and supermarket staff or Amazon replacing pretty much everything. Google's self-driving cars and Japan's care robots suggest that the process of robots making humans redundant is only just beginning.

When Dolly the sheep hit the headlines in 1997, US physicist Richard Seed promised to clone the first humans within 18 months - and later promised that the first clone would be of himself. There's still only one of him, and cloning remains the stuff of Orphan Black rather than everyday reality. Nobody's making clones for spare parts or working on a clone army for world domination. Or if they are, they're keeping it awfully quiet.

"Home taping is killing music", the campaign told us in the 1980s: the rise of cheap cassette recorders meant that taping records off the radio would destroy the music business. It didn't, but the fear of cassette piracy was enough to ensure that when a digital version, DAT, came along, the US record industry tried to have it banned. That didn't work, and a few years later the internet and Napster made the industry's efforts - and much of the industry - redundant.

"I say to you that the VCR is to the American film producer and the American public as the Boston Strangler is to the woman home alone," the Motion Picture Association of America's Jack Valenti told the US government in an appeal to have video recorders banned. The technology would make the film industry "bleed and bleed and haemorrhage", he said.

Video would subsequently save the US film industry, creating a massive global market for video cassette sales and rentals, a market that would continue as DVD replaced VHS and the same films were sold all over again. That is, until the internet and Bittorrent made Valenti's worst fears come true.

"Is txt ruining the English language?" asked the BBC in 2003 after one bemused teacher received an essay written entirely in text message shorthand. The answer was no: kids have always used their own slang, acronyms and abbreviations and the media has always panicked about it. lol.

Take your pick: they make kids fat, they kill your social skills, they're training manuals for mass murderers, players stay indoors so long they get rickets, they're so involving that gamers will forget to reproduce and men will die out altogether…

From the Night Trap furore of the early 1990s to the alleged links between gaming and US school shooters today, video games remain the go-to guys when tabloids want to explain the dark deeds of confused young men. But not women, who play video games in near-identical numbers but who don't generally become crazed killers. It's almost as if there's a more complex explanation!