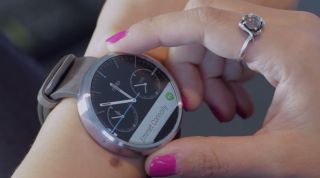 Get it while you can!

Google's even tacked on free shipping to make the deal more enticing, not that it wasn't already.

There are customization options available through Moto Maker for the watch, but the low pricing model only offers up the black and stone watches.

Limited color choices, if you're curious about the wearable craze and don't feel like plopping down $350 for an Apple Watch, best pick up the Moto 360 today before it disappears again.