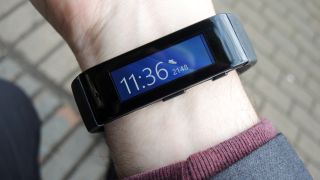 If you've got a Microsoft Band on your wrist (or you're planning on joining the club) then you'll be interested in a batch of new updates pushed out of Redmond today - especially if you're a keen cyclist. It's another "important step forward" for the wearable, Microsoft says.

First up, the popular biking apps MapMyRide and Strava now work seamlessly with the Microsoft Band, so you can pipe data from the wearable back into these platforms as well as Microsoft Health.

Third-party app integration is high on the list of priorities for users, according to Microsoft, and the new functionality goes live on 23 April.

Then there's a raft of new insights from Microsoft Health based on your Band data: the ability to compare your activity against other users, sleep recovery measurements, a tool for charting fitness benefits over time, VO2 Max recording (a key pointer of cardiovascular health) and more detailed insights into runs and workouts are all being introduced.

With all of this newly added intelligence, the Microsoft Band will be able to tell you the best time of day to start your workout, for example.

Finally, Microsoft Health is going to accept data from smartphones - Android, iOS and Windows - so you can keep tracking even when you forget to bring your Band along.