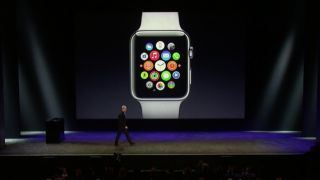 Apple just held an event for the Apple Watch. But as it launched the thing last year, we got to hear about much more than just a few of the flimsy things Apple's great wrist-worn gadget will do.

Yes, we now know when the Watch is coming out, and how much we'll have to pay for it, but there's even more interesting stuff in store too.

How about the brand new 12-inch MacBook that's even thinner than the MacBook Air? Or the iPhone-led medical platform that Apple thinks is going to revolutionise medical research? As ever, Apple has big plans.

We'll be looking at everything Apple showed off at the event, but first a bit on the Apple Watch.

Apple Watch is on pre-order and sale in April

The Apple Watch goes on pre-order on April 10. And in the usual Apple style the actual 'on sale' date lands two weeks later on April 24. This is the standard delay Apple puts into its mobile devices. It's enough of a gap to get you ravenous with excitement, no so long you forget you even made the pre-order.

Just to get those anticipation juices flowing even more, you'll be able to check out the Apple Watch for yourself in Apple Stores from April 10. That's a little longer than we normally have to wait for a pre-order, but it's just a quick between then and the Watch landing in your hands.

This is a totally new category for Apple, and there must be thousands, millions out there who are on the cusp of convincing themselves they might need a smartwatch. And even more that just want some first-hand experience so they can ridicule the thing to friends.

We always knew that Apple was planning a few different variations of Apple Watch, but now we know exactly how many there are. The answer? Six, if we forget the different straps and colours - and an awful lot more variations if we don't.

Neglecting the peripheral style choices for a moment, there are Sport, Steel and Edition series in the Apple Watch family, and all three come in two watch face sizes, 38mm and 42mm. These roughly equate to the 'male' and 'female' standard watch archetypes, but let's not put a gendered label on these, eh?

Have a bit more cash? The Watch Collection get you an upgrade to a shiny steel body. There are also much fancier straps, including one woven out of wafer-thin metal wire that feels like fabric.

It's to be sold in limited numbers to make it all the more attractive to hardcore consumer types, although it will be available across the world according to Tim Cook.

There will be loads of Apple Watch apps available on launch day by the sounds of it, but they don't really have their very own space. You'll browse through, use and download Watch apps from your phone rather than directly from the watch itself.

We pretty much knew this would be the case as it has been common knowledge for a while that Watch apps don't run entirely independently and are highly reliant on a connection with your iPhone. It's another confirmation that your Apple Watch is not going to be much use if you take it too far away from your phone.

Some of the apps Tim Cook and co. showed off during the Apple Watch event include Uber, WeChat, Instagram, Shazam and a home security monitor. Expect to see these plus a boatload of others, including plenty of dross, come April 24.

Don't expect anything too in-depth, though. Apple VP of Tech Kevin Lynch says most of the Watch's applications are "really about brief interactions… many of these are just a few seconds long."

Think Apple TV is the runt of Apple's litter? Tim Cook is doing his best to change that this year. Not only has the set top box been give a price cut to keep it competitive with rivals like Amazon Fire TV, it'll also get a brand new streaming service that you won't be able to get elsewhere. For a while at least.

But first, the price. It now costs just $69, £59, AU$109 bringing it just-about in-line with alternatives from Amazon, Roku 3 and others. No, it's not as cheap as Chromecast, but then few things are, and Apple TV does also include a remote.

This big push is going to happen alongside the launch of the HBO streaming service in the US, which is to launch in April exclusively (to begin with) on Apple devices. That means iPads, iPhones and Apple TV.

It'll cost you $14.99 and there's no word of a UK or worldwide release yet. Why is it so much more expensive than the much more content-rich Netflix? HBO has complained for years that the low prices of things like Netflix mean they'd never side with one of the core streaming services. They'd see it as a devaluing of their content.

We're not sure about splashing out that much cash for one network's goodies, but, they certainly have some classic shows and plenty of people are head over heels for Game of Thrones. They're sure to pick up a few subscribers. Or a few million, more like.

The MacBook has a new baby

Without any real warning, Apple just announced a totally new MacBook. "We challenged ourselves to reinvent the notebook," said Tim Cook.

What the MacBook does is to really suck the most it can out of Intel's new Broadwell M architecture improvements and recent screen innovations to make an incredibly portable device.

Apple says it's the "world's most energy efficient notebook." It also makes a MacBook Air look chunky, at just 13.1mm at its thickest point. That's 25% thinner than the Air.

The brains of the MacBook are 67% smaller too, letting Apple jam-pack the rest of the body with battery. You'll get up to 10 hours off a charge even thought the thing doesn't weigh all that much more than a first-gen iPad at 900g (2 pounds).

It has a Retina 2304 x 1440 pixel 12-inch screen too. Where you pay for all this tech is connectivity. There's just one USB-C and a headphone jack on the MacBook. The USB-C port can be used for everything from charging to outputting video to connecting a hard drive, but there's only one of them.

Bear this in mind before you bin your MacBook Pro. It's currently listed as 'coming soon'. We'll be back with release date updates soon.

This is clearly just a first-gen go at a new laptop format too: the Air and Pro lines aren't going anywhere just yet. And on that point…