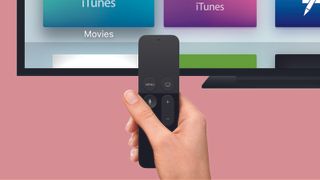 While Plex has a huge range of supported platforms, from Xbox One and Playstation 4 to Ouya and Roku, one device it's never been officially available on is the Apple TV.

Owners of the Cupertino company's streaming box have had to resort to jailbreaks and hacks to get a proper 'plexperience', but that's about to change, with Apple's new tvOS operating system enabling third-party developers to create apps specifically for Apple TV.

ITWorld reached out to Plex co-founder Scott Olechowski, who confirmed that Plex is indeed working on bringing its media library service to Apple TV officially.

"We are very excited to have a crack at bringing our users Apple TV. It's been a long requested platform and we're excited to work on it. We want it, our users want it… and we're anxiously awaiting the tvOS developer beta info, so we can finally dig in," said Olechowski.

Though Olechowski has made the company's intent to bring Plex to the Apple TV clear, he clarified that it's too early to announce a timeframe for when we can expect it to appear on the device.

According to Olechowski, Plex has "started digging in and looking at it, but we have some bigger questions to answer before we can set any expectations".

These questions, we assume, involve the company's approach to getting the best version possible of Plex on the Apple TV, with Olechowski suggesting that "there are multiple ways to go about it, based on the tvOS SDK we now have access to" and that the people at Plex are "now evaluating the best path for Plex and will begin work in earnest once we have evaluated the options".