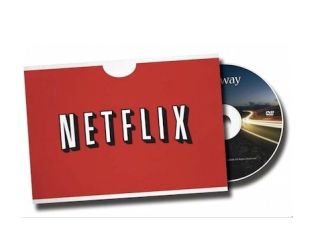 Netflix will pay $1 million to read your mind

Netflix can now read your mind with an accuracy of nearly 86 per cent.

After a competition that lasted for almost three years, with submissions by more than 40,000 teams from 186 countries, a team has finally won the Netflix Prize to beat its own rental prediction system by more than 10 per cent.

BellKor's Pragmatic Chaos - a team of engineers, statisticians and researchers - will share the $1 million (£615,000) prize money for a new blending algorithm based on gradient boosted decision trees.

When Netflix launched the Netflix Prize in 2006, it made 100 million anonymous movie ratings available to contestants, the largest such data set ever released. All personal information identifying individual Netflix members was removed from the data. The challenge was to improve the company's ability to accurately predict Netflix members' movie tastes by 10 per cent, a hurdle Netflix scientists failed to overcome over the last decade.

"We had a bona fide race right to the very end," said Netflix CEO Reed Hastings. "Teams that had previously battled it out independently joined forces to surpass the 10 per cent barrier. New submissions arrived fast and furious in the closing hours and the competition had more twists and turns than The Crying Game, The Usual Suspects and all the Bourne movies wrapped into one."

Netflix immediately announced a second $1 million prize. Netflix Prize 2 focuses on the much harder problem of predicting film enjoyment by members who don't rate movies often, or at all, by taking advantage of demographic and behavioural data carrying implicit signals about individuals' tastes.

If you have a taste for Restricted Boltzmann Machines, matrix factorisation models and temporal dynamics, you can check out the winning entry - and get details on the second prize - at www.netflixprize.com.