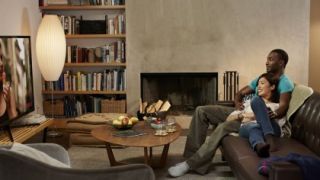 There’s a new wireless standard in development that could substantially enhance Bluetooth. It’s called TAP TV (Tempow Audio Profile TV)  and it would allow you to connect any Bluetooth speakers (Bose, Jambox, etc.) you have laying around to your TV to produce a true home theater experience without investing in a traditional surround sound system.

TAP TV would integrate with Bluetooth-enabled TVs and set-top boxes at the chipset or OS level, which means it wouldn’t require any additional hardware, and it’d be capable of transmitting 5.1 or 3.1 speaker surround sound to your Bluetooth speakers.

Now, before you run out and buy a trio of JBL Charge 3 to retrofit your home theater, it’s important to note that no TV manufacturer has adopted the standard yet - and that would have to happen before you could use the TAP TV standard.

If the name Tempow sounds familiar, it’s because it teamed up with Motorola on the Motorola Moto X4 to bring TAP to mobile phones. At the time, TAP was available through an app that could link up to four Bluetooth devices together without signal degradation.

While TAP on mobile phones hasn’t quite taken off the way Tempow would’ve hoped, the new TAP TV codec does solve a huge problem for TVs in that surround sound systems are both hard to connect and an expensive addition for most folks - many of whom already own at least one Bluetooth speaker.

But just because it’s a good idea doesn’t mean it will be adopted by TV manufacturers, unfortunately, as many of the big names produce sound solutions they’d rather you use instead. Samsung, Sony and LG all make soundbars and speakers, and would likely rather you use those than the JBL, Beats or Bose Bluetooth speaker you have at home.

That said, if Tempow can convince the major TV manufacturers that there’s a demand for this while convincing them that it’d help them sell more first-party Bluetooth speakers, well, that might just help this technology take off in an ever-more-crowded arena.