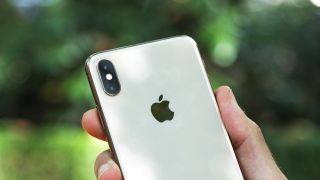 We know that new iPhones are on the way in September, but might one of those iPhones be called the iPhone Pro rather than the iPhone Max?

Apple's larger iPhones had the "Plus" label attached from the iPhone 6 Plus in 2014 to the iPhone 8 Plus in 2018. Last year that naming was retired and we had the iPhone XS Max.

This particular tip comes from Twitter user CoinX: that name might not be familiar to you but the naming of the 2018 iPhones were correctly predicted by the same Twitter account, so it has a certain amount of credibility to it.

The tweet text – '"Pro" for iPhone?' – is a little on the ambiguous side. It could mean there will be both a Pro and Max model, though it's more likely that the former will replace the latter, alongside (maybe) the standard iPhone 11 and the iPhone 11R.

“Pro” for iPhone? Crazy naming schemes over the past few years.August 10, 2019

What makes the new naming policy more plausible is that it would bring the iPhones in line with the iPads – the iPhone Pro would match the iPad Pro. We've had the MacBook Pros for years of course as well.

The big upgrades in this year's iPhones look set to be on the back, with at least some models getting triple-lens rear cameras, housed in a rectangular box.

On top of that, the usual internal upgrades are to be expected, though from what we've heard so far there won't be too many design changes from the iPhone XS.

The introduction of a Pro model would  suggest some kind of premium-level experience, whether that's the screen size, or the camera capabilities, or something else. We'll find out for sure in September.