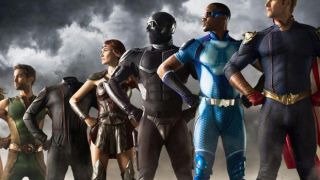 The Boys is one of the best Amazon Prime series yet, and arguably the best superhero TV show to date, too. Amazon felt so sure about its chances that it renewed the show for a second season before it even arrived in late July, and now that follow-up run of episodes has finished filming. Actor Karl Urban, who plays Billy Butcher on the show, posted the news Instagram while posing with his co-stars:

You'll also see that he revealed a not-totally-surprising release window for the second year: mid-2020. That feels like a long way from now, but given how effects-heavy the show is, that's not a massive surprise. We'll probably see the show return in the summer months, likely right around the time when season one debuted. We're speculating here, but the early renewal for season 2 was possibly motivated by how long the lead time is for making a show that's this action-packed.

The Boys stood out for the way it treats superheroes like they're real-life celebrities – with all the grim realities, scandals and ugly hero worship that would create. Producer Seth Rogen watched the first episode of season 2 all the way back in August and called it "way better than I ever could've hoped it would be", and pointed out that the team behind the show has "more resources" for season 2. Expect more characters from the comics to be added, too, including a major new villain in Stormfront, played by Aya Cash.

There's a lot for fans to look forward to, then, and even though it felt like (mild spoiler alert!) season one was written into a bit of a corner, storytelling-wise, we can't wait to see where the characters go next year.