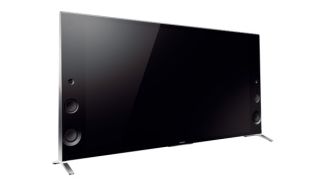 Sony is taking advantage of its cloud capabilities by launching a 'cloud-based' TV service in the US at some point in 2014.

Announced by Sony president Andrew House at CES 2014, the IPTV service will run on all manner of devices and will offer on-demand television and live TV. It's a Netflix rival of sorts that will personalise itself when it understands viewing habits.

The service, like Netflix, has also been given a continuity kick with news that you can watch something on, say, your television and then pause it and continue watching the same thing on a smartphone or tablet.

It will be available through the PS4 and there will also be an app for the iPad and the like.

As for when it will be released? Well it hasn't even got a name yet (unless it's actually called 'cloud-based TV service' which would suck) but testing will begin later in the year.

To go with the TV flavoured announcement, Sony brought Vince Gilligan on to the stage. And this is where things get interesting: Breaking Bad is a Sony Pictures television show that did a deal with Netflix – a service Sony has just announced it will rival.

Gilligan's next project Better Call Saul has also been announced for Netflix – we're guessing it will also be available on whatever Sony calls its TV streaming service later in the year.

In other cloud-based news, Sony has revealed that it has rebranded Gaikai - which it snapped up back in 2012 - as Playstation Now, which will offer PS One, Two and Three games through selected Sony smartphones, tablets and TVs.