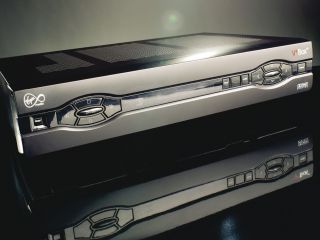 Virgin Media's service will now be without the basic Sky channels

With a tersely-worded statement, Sky has backed up its move to withdraw its basic channels from Virgin Media's cable service. The satellite giant describes "six frustrating days", claiming Virgin declined to re-enter negotiations over that period and "as late as yesterday".

Sky bemoaned the "repeated efforts to reach an agreement" but said that Virgin "rejected all of our proposals - including our latest offer of just 3p per customer per day."

Commentators will be very interested in the 3p figure. Sky said it wanted an extra penny per customer per day on top of the last agreement, so it's likely the previous deal was set at 2p. It has also been mooted that Sky wanted the guarantee of a minimum subscriber level and so a minimum payment.

The figures are in contrast to the Virgin Media statement we reported on earlier .

Sky's statement then changes tack and focuses on the customers who will now miss out. Sky said it was disappointed it "will now be denied access to cable TV homes".

"We know that Sky's basic channels have many loyal cable viewers and our aim has been to avoid any disruption to their enjoyment of our programmes."

"To ensure that Virgin Media's customers would continue to enjoy access to our channels, Sky even offered to retail them directly to customers on the Virgin Media Network. This proposal was also dismissed by Virgin Media."

The Isleworth-based broadcaster defended the value of its basic channels, something Virgin had attacked in a recent media release. Sky's statement finished by saying that all is not yet lost - at least as far as it is concerned: "If Virgin Media decides that it wants to bring back the TV that its customers enjoy, we're available for talks at any time."