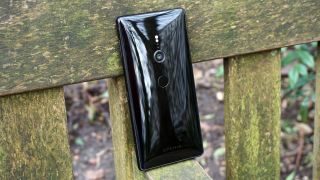 Until today, the only images we’d seen of the Sony Xperia XZ3 included a dual-lens camera, but it’s now looking like they might be wrong, as new renders of the phone show it with just a single lens.

The new renders were supplied to Compare Raja by reliable leaker @OnLeaks and are apparently based on factory CADs (computer-aided designs), so there’s a fair chance they’re accurate, though as ever we’d take them with a pinch of salt.

They show a design that’s quite similar to the Sony Xperia XZ2, complete with a likely glass back, a fingerprint scanner in the center and a camera above. The front meanwhile has a screen with a likely 18:9 aspect ratio and bezels above and below – there’s no notch here.

It also appears to have a metal frame and curved glass on both the front and back, but there’s no sign of a 3.5mm headphone jack.

One lens, lots of megapixels

It looks more convincing than the previous leaked images and we even have a good idea of what kind of camera the Sony Xperia XZ3 might use, as Sony recently revealed a 48MP smartphone camera built to offer more detail and great low light performance.

Now, the company didn’t say what phones this snapper was headed for, but a GFXbench benchmark spotted by Sumahoinfo and seemingly for the Sony Xperia XZ3 has also now emerged and it lists a 48MP lens.

All that said, we’ve heard claims of a dual-lens camera more than once, so we can’t completely rule out that possibility. Right now nothing is certain, but we should know the truth soon, as there’s a good chance the Sony Xperia XZ3 will be announced at IFA 2018 at the end of August.