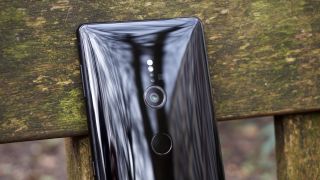 We’re potentially less than two months away from the launch of the Sony Xperia XZ3, yet we still don’t know much about it. But one thing we have now heard is that it could have four cameras in total, with two on the back and two on the front.

A source who’s supposedly been reliable in the past told Sumahoinfo as much, as well as supplying an image seemingly showing the camera modules.

The module for the rear camera is thought to be the same one as has been used on the Sony Xperia XZ2 Premium, which would mean a 19MP and 12MP pairing, but so far Sony’s high-end phones have stuck with just one camera on the front and there are no details on what specs or features this one has.

From three lenses to four

As ever, we’d take this leak with a pinch of salt, especially as Sony only recently put a dual-lens camera on a phone – so adding another lens already seems fast.

But then, the trend lately seems to be for ever more lenses, with Samsung for example rumored to be putting five lenses on the Samsung Galaxy S10, so this could make sense if Sony wants to keep up.

We might know soon, as Sony is holding a press conference at IFA 2018 on August 30, so there’s a chance we’ll see the phone there.