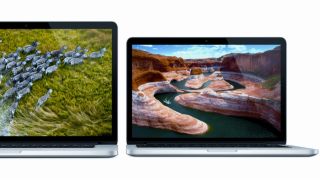 Soon able to use all those extra pixels?

On Dec. 11, Adobe will host its Create Now Live event, where the company promises to reveal "what's next in Adobe Photoshop."

In addition to showcasing these professionals live and in person, Adobe will also stream the event live on the Adobe Creative Cloud Facebook page.

Anyone can register, and recent MacBook Pro purchasers may want to take notice, as it's rumored Adobe will debut the new Retina-capable version of Photoshop CS6.

Though Adobe previously promised a Retina display compatible version of Photoshop would be shown off by the end of fall, there's been little movement on that front.

A version of Photoshop compatible with the new Retina fortified 13- and 15-inch MacBook Pro models would certainly be appreciated by the creative crowd.

As if the tagline for Create Now Live wasn't clear enough, Adobe also released a new video (seen below) promoting the event featuring what appears to be a Retina-ready version of CS6.

The video has led to speculation that the star of the show will indeed be a revamped version of the Creative Suites software engineered for the Retina's high definition display.

Releasing the software is a no-brainer for Adobe, and it appears it's now just a matter of time until the developer formally announces the newest edition of Photoshop.

TechRadar asked Adobe for comment, and will update this story if and when the company responds.