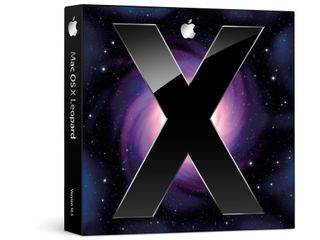 Some first impressions of Apple's new OS X Leopard release have been posted online at MacRumours.

The comments appear to have come from an enthusiast who may have a pirated version of the software. The latest iteration of the operating system is due to be released in the UK at 6pm this Friday.

The user says all his applications and settings were retained during the 30 minute upgrade but he had some minor issues regarding RSS feeds.

However, the user doesn't really have that much to add subsequently, except that everything appears to be "blazing fast". He or she does add some small points about Time Machine, Safari, iTunes and Mail, though they weren't impressed by the Stacks feature which is designed to give you fast access to folders and files.

If you're going to the Mac Live Expo at London Olympia this Thursday, Friday or Saturday, be sure to pop in and say hello to our sister magazine MacFormat. Tell them we sent you. And you'll also be able to get hold of your copy of Leopard at the show - it's staying open until 6.30pm on Friday to let people get OS X 10.5 as it goes on sale.