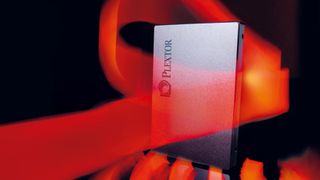 He did this by jury-rigging his own version of the upcoming storage solution.

Apple announced the new storage device just a week ago. It's basically a traditional hard drive and a faster solid state drive "fused together with software," that shows up as one volume on which to store files.

The Fusion Drive allows for faster reading and writing that is cheaper than a purely flash-based device.

Stein showed on his Tumblr Wednesday that it's possible to connect a SSD and an HDD together and get Mountain Lion to recognize the two drives as a single logical volume. That connection is basically what the new Fusion Drive comes down to.

Stein achieved the feat with a SATA-connected 128GB SDD and a USB-tethered 750GB HDD. He started by launching the Terminal version of disk utility.

He used Core Storage, an OS X feature that links separate storage devices into single volumes, and then created a 466GB HSF+ volume, which is also known as a Mac OS Extended.

After a few tests, Stein confirmed he mimicked the new Fusion Drive.

"Now in DiskUtility the individual disks no longer show, but the Logical Volume (LV) shows as one disk," Stein wrote on his blog. "Part One is finished, we've created a single Volume consisting of a SSD and an HDD."

The whole thing proves that the current version of Mountain Lion will work with the Fusion Drives without needing an update.

In other Cupertino news, developers close to Apple received invitations Wednesday to test the beta version of OS X 10.8.3.

Apple usually sends out such invitations before it starts letting programmers get a look at a new version of its operating systems.

Those hoping to get a glimpse of what the new version of Mountain Lion will include might be a little disappointed. There's no indication what changes might be in store for the update, only that Apple is a little closer to releasing it.

The pre-release beta period will give developers a chance to get ahead of any bugs an update of Mountain Lion might cause before it's released to the public.