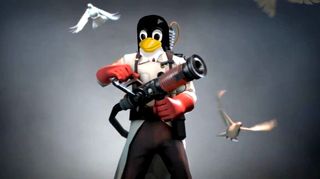 Nobody wants a trip to the data doctor

As detailed by users on Valve's GitHutb Steam for Linux page, it stems from a line of code in steam.sh, which reads 'rm -rf "$STEAMROOT/". Normally the command is used when you choose to refresh Steam files -- something that can help solve game installation and other problems -- but users have discovered that it is also triggered when the Steam installation directory has been moved.

Doing so removes the directory part of the code, which then becomes 'rm -rf "/'". With no Steam folder specified, opening the app causes the deletion of every file on the machine and any connected external drives.

Valve told PC World that the bug had affected a "handful of users", adding that it has been unable to replicate the problem itself and is "adding some additional checks to ensure this is not possible while we continue to investigate".

One of the users on Valve's GitHub for Linux page reported losing all system data, in addition to files stored on a 3TB external drive -- many of which was, luckily for them, backed up to the cloud.

The message is pretty clear: unless you want to risk losing your personal files in a Steam-shaped black hole, it's best to leave the Steam installation directory where it is until Valve has done a bit more investigating.