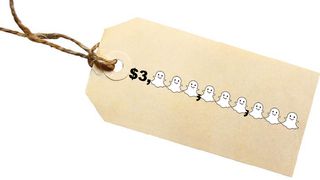 As the old saying goes, nothing in life is truly free. Roughly 27 million Snapchat users may soon learn this lesson the hard way as their favorite disappearing message app starts getting cluttered up with revenue-generating content.

The Wall Street Journal reports Snapchat appears to be enlisting new partnerships with advertisers and content providers in the hopes of monetizing the popular mobile app.

Rumored to debut this November, the new Snapchat Discovery service would provide users with non-messaging content including news and advertisements from a dozen or more media companies, including magazines and television networks.

According to unnamed sources, one of the first content providers tapped for Snapchat Discovery is MailOnline, the web presence for British newspaper The Daily Mail, which would presumably lend their brand of news coverage to the service.

Since tossing a $3 billion (about £1.8b, AU$2.23b) acquisition offer from Facebook in the trash last year, Snapchat has accelerated fundraising efforts, but has yet to produce any meaningful income to show investors.

With a captive audience of young, tech-savvy users, Snapchat Discovery could be the first baby steps toward such revenue thanks to a combination of mobile ads and content.

Discovery reportedly works much like photos and messages do today; users will be able to read daily news content or watch clips of movies and TV shows by holding a finger on the smartphone display, and afterwards the content would vanish into thin air.

Snapchat is no stranger to promotional gimmicks, but Discovery would likely provide far more lucrative income from companies whose deep pockets are finding new ways to get the eyes of millions of upwardly mobile users viewing such paid content.