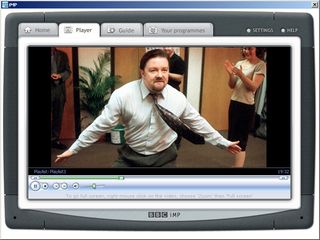 The BBC and IBM have signed a deal for the latter to develop a video search and playback platform. Initially the system will be used for children's programming but it is scheduled to also be used in future products - perhaps even the forthcoming on-demand iPlayer.

The BBC has referred to the deal as a "strategic alliance, following the signing of an agreement for a framework outlining several joint projects between the two companies".

The deal is the latest in a long line of deals between media companies and tech powers such as Microsoft and Google - the BBC signed up as a YouTube channel Director last week.

The IBM research system, code-named 'Marvel', has the ability to visually analyse images/video to categorise the content based on appearance and make it more searchable.

"This alliance with IBM will offer new and genuinely innovative services to our audiences," enthused Ashley Highfield, BBC director of future media & technology.

"For example, combining the BBC's massive TV and radio archive with IBM's cutting-edge research into video and audio search technology should provide the means to unlocking huge latent value in our long tail of content."

The BBC has one of the largest archives of programming on the globe and aims to make much of it available online.

The corporation announced that one of the first projects will "focus on applying state-of-the-art image/video search technologies" to programming for the CBBC and CBeebies digital TV channels.

The deal also means that IBM will work with the BBC's official technology partner Siemens to deploy a pilot of their Media Hub technology. The technology will probably be used so that programme-makers will be able to access a lot of the content directly rather than having to de-archive stored material.

Siemens bought the BBC's Technology arm in 2004 and the corporation is now using Siemens' WebSphere technology.

The BBC has a long-standing relationship with IBM covering training and consultancy as well as providing results and analysis for major sporting events.

The BBC Trust gave the provisional go-ahead for the on-demand iPlayer at the end of January after consultation with regulator Ofcom . The prototype of the player, the BBC Integrated Media Player (iMP), had a closed trial period in late 2005.