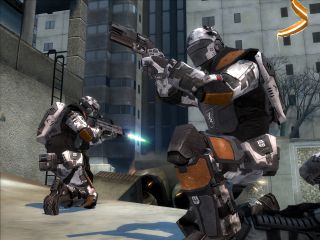 Electronic Arts has revealed that it will release the PC game Battlefield Heroes for free this year. The game will be available exclusively online and will attempt to make its money back through advertising and micro-payments.

"Online gaming garners a massive audience," said Gerhard Florin, EVP Publishing Americas-Europe at EA. "People want to play games in new ways, with easier access that is quick to the fun. With Battlefield Heroes, EA brings its first major franchise to North America and Europe with a new distribution model and pricing structure adapted to the evolving way that people play."

While EA's 'Play 4 Free' business model is new to Western gamers, the games giant has already trialled the concept successfully in Korea with FIFA Online. This Korean venture gives us an idea of how the micro-payments might work.

"We gave the FIFA disc away free," John Riccitiello, chief executive of Electronic Arts told The Times last year. "But, instead of charging people for software, we charged small payments within the game: 5p for injury updates, 10p for a new strip. We found that 10 per cent of all Korean households downloaded FIFA online and the consumer paid us more online than they would have done buying the game in a store."

You could imagine, say, an FPS being rolled out for free, with new or better weapons costing the player real money to purchase. Downloadable content packs are already a feature of Xbox gaming. But they are typically game expansions. How long before we see magic swords on sale for 10p? Or faster cars available for £1? Maybe a precedent was set when Bethesda sold a set of virtual horse armour (for $2.50!) as a download for its RPG, Oblivion.

"The implementation of a system like this is crucial," says Ross Atherton, editor of PC Gamer magazine. "If it effectively works out that, the more you pay, the more effective you are at the game, gamers will be up in arms and drop this game like it's a hot, s**t-covered potato."

Atherton believes that, while PC gamers are a cynical yet fair-minded bunch, they will not be happy with a multiplayer title that allows you to pay extra to be better at the game.

"On the other hand," he adds, "if the paid-for content simply broadens the experience, then fair enough."

Micro-payments like this are just one way that EA could make money from Play 4 Free titles. The other is dynamic in-game advertising. Last August, EA inked a landmark deal with the Microsoft-owned Massive Incorporated to update and change in-game advertising in real-time.

"The agreement with Massive is a first step in a detailed strategy for serving advertising in a seamless format that doesn't disrupt game play," said Chip Lange EA's vice president of online commerce. "In places like a basketball court, football stadium or roadside in a racing game advertising is not only nice to have, but it's an essential component to create the fiction of being there."

EA's Battlefield 2142 already incorporates in-game ads on virtual billboards, as does EA's racing game Need For Speed: Carbon. Considering that Hollywood has long embraced un-subtle product placement in blockbuster movies, it's surprising that the games industry has taken so long to catch on.

Battlefield Heroes will be available for download at www.battlefield-heroes.com this summer.