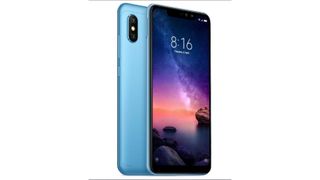 Sub-brands are becoming rather popular in the smartphone industry. Oppo, Vivo, and OnePlus are all sub-brands of BKK Electronics, and we have Huawei's own sub-brand in Honor. Xiaomi on the other hand already has one sub-brand in POCO, and now the Chinese company has announced that Redmi will be split off into its own sub-brand as well.

The Redmi and Redmi Note smartphones have been among the brand's most popular budget smartphones. The move to establish Redmi as an independent brand does make sense, considering that such spin-offs are meant to allow companies to focus on specific markets and target audiences with more distinct products.

While POCO brings high-end hardware to the mid-range market; it seems that phones under the Redmi moniker will focus on budget devices, leaving Xiaomi to focus on the flagship market with its Mi series smartphones.

This could be a good move for Xiaomi, especially in western markets where its just getting started. While the official announcement about Redmi being established as a separate entity has already been made via a post on Weibo, the company is also gearing up to announce a new Redmi smartphone with a 48-megapixel camera on January 10.