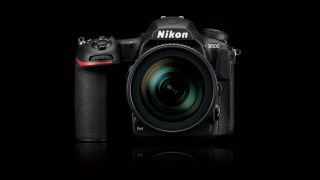 Nikon's ancient old APS-C format D300S had a big following because it was tough, fast and built to last, but eventually it became obsolete and Nikon's only replacements were the D7000-series cameras – fine for enthusiasts, but not really appealing to pros. It looked like Nikon had abandoned the DX format as a professional tool. Rumors of a new D400 circulated for years, but sightings were about as rare (and about as believable) as Bigfoot.

But it turns out the legend is true (a new Nikon, not Bigfoot). It's called the D500, not the D400, and it's got to be one of the best-kept camera secrets we've ever witnessed.

We all knew the pro-spec Nikon D5 was coming, but the industry's worst-kept secret was clearly being used as a distraction. The D5 is impressive, but it will sell to a relatively small segment of the camera buying market. The D500 is very nearly as impressive and will sell by the truckload.

The D500 goes faster, for longer

There are several headline stories with this camera, and the first is the 10fps continuous shooting speed. Canon stole a march on the rest of the APS-C DSLR market with the EOS 7D Mark II but now, at last, Nikon has a camera to match it.

But there's more to continuous shooting than the maximum speed. The camera's buffer capacity is equally important – this is how long it can keep shooting before it has to stop and process all those images. Amazingly, the D500 can shoot up to 200 JPEGs and 200 (yes, 200) 14-bit raw files without stopping or even dropping its speed. That's a 20-second burst, at 10 frames per second – with raw files.

Even this is no good if the camera can't keep the subject in focus, and this is where the D500 plays another ace – it uses the same brand new 153-point autofocus system as the flagship Nikon D5, including 99 more accurate cross-type sensors. This is a massive step up from Nikon's previous 51-point AF system, which was already extremely competent but increasingly overshadowed by Canon's latest systems.

Interestingly, Nikon has dropped the resolution compared to its other DX format DSLRs. The D500 uses a new 20.9-megapixel CMOS sensor, whereas existing models have a 24-megapixel sensor. Any mild disappointment should be outweighed by the potential for higher quality at high ISO settings – the D500 has a native range of ISO 100-51,200, expandable to a Hi 5 (high-five, woo-hoo) setting equivalent to ISO 1,640,000.

Like the D5, the D500 can shoot 4K movies, but it goes further by incorporating Nikon's brand new SnapBridge technology. This is an always-on bluetooth connection design to offer fast and simple transfer of images from the camera to a smart device, and Nikon says it will be built into most of its new cameras from now on.

The D500 also has a tilting touch-screen display with touch AF, a new AF-S DX NIKKOR 16-80mm f/2.8-4E ED VR kit lens and dual card slots – one for SD cards and one for the high-speed XQD format first used on the Nikon D4.