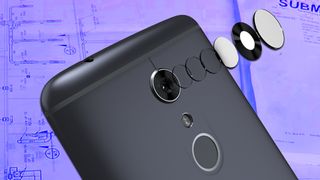 ZTE is assembling its biggest committee yet to design its next smartphone.

Of course, there are constraints. ZTE is only interested in submissions that are "technically possible by 2017" and can produce something "affordable to the general public," so adding a Predator-style cloaking device or diamond-encrusted buttons aren't going to cut it.

As an added bonus, ZTE will give away cash prizes to those whose brilliant idea makes it into the phone, as well as offer entrants a chance to test out the device before it goes on sale, or even win a trip to CES in Las Vegas, Engadget reports.

It's too soon to tell what kind of phone Project CSX will become, but some ideas gaining traction so far include removable batteries, dual-SIM card support, and making sure the phone doesn't turn into a phablet.

More outlandish ideas have also cropped up, such as a bottle opener and thermometer to ensure you crack open that brewski when it's frostiest. Hey, someone out there is sure to use that, right?

Our time with the ZTE Axon 7 gives us confidence that the company can make a feature-heavy phone without going over budget - a common bane in crowdsourcing.

That said, it's always a gamble when input from the public is involved, so it wouldn't surprise us if the likes of Apple and Samsung avoided a similar undertaking until it proves popular or, better yet, profitable.

Meanwhile, Google's Project Ara hopes to make every phone a personalized one thanks to modular parts, with a developer edition coming out as soon as this fall. Should modular phones take off, the need for devices tailored by public vote is almost guaranteed to dissipate.

That said, we're not against the idea of major players taking polls before pushing out a product. For example, the possible removal of the headphone jack from the iPhone 7 has been met with backlash by fans and critics alike - something that, if true, Apple could've avoided by polling the populace.

Is ZTE's experiment the future of smartphone development? There's no telling at this point, but you still have until August 31 to submit your ideas before it's time to rock the vote. As for us, we're behind that built-in bottle opener - there never seems to be one around when we need it.