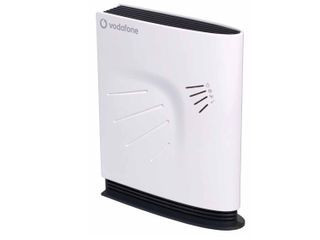 Vodafone has told TechRadar that it is running a trial to determine whether it can extend network widely via its Sure Signal program.

The Sure Signal femtocell can currently be bought by users to improve signal in their home, using internet data to create coverage in houses that have traditionally struggled to receive Vodafone reception.

These require users to register each number to the femtocell to access the network, meaning if your next door neighbour owns one, you won't be able to benefit.

However Jeni Mundy, Vodafone's CTO, told TechRadar that trials are underway to use the Sure Signal boxes on a wider scale, enabling venues such as hotels to expand coverage over a finite footprint.

She told us that while there still isn't a date for the trials to end, if it is successful then it could be rolled out on a wider scale, in the same way BT offers Openzone Wi-Fi on users' HomeHubs through its FON program.

Mundy also told TechRadar that the Sure Signal boxes may be updated in the future after some users have complained about the price of the units and the fact the signal can't penetrate parts of some older houses:

"We're constantly working with our manufacturing partners [about issues such as these]; we were the first to bring such a device to market so we have a lot of influence.

"Our roadmap [for the Sure Signal unit] is to listen to a lot of customers and feed it back to the manufacturing process."