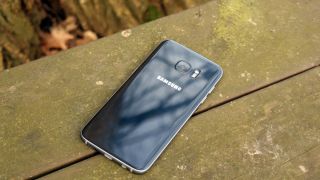 Other than the iPhone 7, the Samsung Galaxy Note 7 is the most highly anticipated handset still to come this year and most rumors suggest it will be enormously powerful, but two new benchmarks paint a slightly different picture.

MySmartPrice spotted the handset on AnTuTu with a Snapdragon 820 processor, an Adreno 530 GPU and 4GB of RAM, which are high-end specs, but they're the exact same specs as the Samsung Galaxy S7, while earlier rumors had suggested it would get a processor upgrade to the Snapdragon 823 and may have up to 6GB of RAM.

Even without those rumors we'd have expected at least a slight power boost given the gap between them and the fact that Samsung's Note handsets are generally a little more powerful than its S handsets of the same year.

Other than the screen size, which isn't listed here, the benchmark makes it sound a whole lot like the Galaxy S7 in other ways too, with a 1440 x 2560 display, Android Marshmallow and a 5MP front-facing camera. The only differences listed are a 13MP rear snapper, up from 12MP on the S7 and 64GB of storage, which is double what the S7 offers.

A tasty treat to soften the blow

But another recent benchmark, this time from Geekbench and spotted by telefoonabonnement.nl, suggests it may even be a step down in some ways.

It shows the Note 7 as having an Exynos 7420 processor (down from the Exynos 8890 in some versions of the Galaxy S7) and just 3GB of RAM, though on the bright side it's running Android Nougat, which could mean the Galaxy Note 7 will be one of the first phones to ship with Google's new operating system version.

Of course it's an extremely suspect listing. The AnTuTu one is just about believable, if disappointing, but this one is hard to believe, though it has a slightly different model number of SM-N930F, where the AnTuTu phone is the SM-N930V.

It could be a lower spec variant or even an early prototype model that has just gone through the testing.

Whatever the case its scores are unsurprisingly low, with a single core reading of 909 and a multi-core result of 3768. To put that into perspective in our own tests the Snapdragon 820 variant of the Galaxy S7 got a multi-core score of 5398, while the Exynos model managed a massive 6542.

So take all of these results with a huge helping of salt. With any luck the only true bit will be Android Nougat.