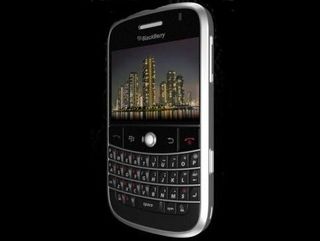 RIM goes on the charm offensive

RIM was the centre of a worldwide security issue this week, when both the United Arab Emirates and Saudi Arabia decided to ban the use of BlackBerry handsets due to data encryption concerns.

RIM has finally hit back at the criticism of its security architecture in a statement which it hopes gives reassurance that its handsets aren't subject to security problems.

In the statement, RIM notes it has "spent over a decade building a very strong security architecture to meet our enterprise customers' strict security requirements around the world.

"It is a solution that we are very proud of, and it has helped us become the number one choice for enterprises and governments."

"In recent days there has been a range of commentary, speculation, and misrepresentation regarding this solution and we want to take the opportunity to set the record straight."

In setting the record straight RIM comments that the encryption system it uses on the BlackBerry does not allow anybody access to encrypted data – not even itself.

"RIM cannot accommodate any request for a copy of a customer's encryption key, since at no time does RIM, or any wireless network operator or any third party, ever possess a copy of the key," the statement explains.

"This means that customers of the BlackBerry enterprise solution can maintain confidence in the integrity of the security architecture without fear of compromise."

It's unclear if this statement will make the UAE and Saudi Arabia change its minds – both look likely to block the service in the coming days.

But it may put other countries at ease who are watching the situation closely before they make a decision on whether to ditch the handsets or not.