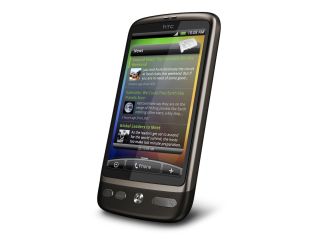 The perception of the network in the mobile phone buying process has always been that of the bad guy: always looking to get the most money out of customers while lying to their faces.

Who hasn't, when it comes to contract renewal time, chatted to a friend about it and been told 'tell 'em you're going to leave, that way you'll get more minutes/texts/free pets' and so on.

And to a degree, that still holds true; you can often shop around and get a better deal on a mobile phone contract, or at least persuade the uncaring guy in the call centre to give you a free case for your spangly new handset.

But with the advent of smartphones, networks now have to deal with a much scarier beast: software upgrades.

This means networks have to essentially re-release a handset multiple times during its lifetime - for free.

Why are we waiting?

And when there's a delay, the villain card is played once more: network bosses are obviously sitting around in ivory towers, playing chess with iPhone 4s while the minions tell the plebs that there's no stock.

Consumers need to realise that networks have to test firmware on their devices before releasing it for all, else it could feasibly not work on the phone correctly. Unlikely, but if it did all go blue screen then the fallout would be catastrophic, so waiting a couple of weeks isn't the worst thing in the world.

The HTC Desire has made this issue more prominent than ever before, as users are clamouring to know when their expensive handset will be made sleeker/faster/less battery hungry by it being updated to the Android 2.2 OS.

And Vodafone has caught the brunt of it with its latest update to the Desire - where customers thought they were getting the Android 2.2 update early, they were treated to a '360 update' which basically ransacked through a few settings and added a load of unwanted icons.

And lo, did the forums ignite with wrathful users DEMANDING that something be done. "VF! WHAT HAVE YOU DONE!?????" screamed one user with his nose firmly pressed on the Shift key.

Users don't want bloatware. We don't want crap on our phone like icons that offer services we will clearly never use. We have app stores now, so if we want sat-nav software, we'll jolly well go and get it.

And if we can't uninstall it, well, that's like putting our phone in a glass box and the networks deciding when and where we can use it. Not cool.

So what happened? Vodafone actually did something, announcing that the new Android 2.2 update is imminent, and will roll back the changes made.

It's been called a massive backtrack: Vodafone has been forced to admit users don't want to have bloatware they didn't ask for.

But it's better to backtrack and appease consumers than to pretend everything is fine and anger people for two years while they run down a contract they entered into based on a certain promise.

We want an unlocked and unbranded phone, free of any tinkering whatsoever, each time we shell out hundreds of pounds for the latest handset on a two year deal, and 'smuggling' stuff onto our phones should never happen.

And while this smartphone utopia is still a while away, at least networks seem to be realising there's a bloatware line in the smartphone sand that can't be crossed.