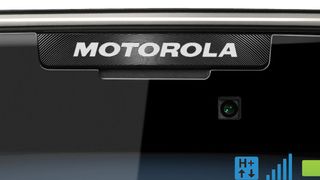 "Motorola," a word that is synonymous with the birth of cell phones, will no longer be used to name them.

The "Moto" name isn't going away - it will be used for high-end mobiles, while Lenovo's homegrown Vibe will be used for budget phones. The handsets will feature a blue Lenovo logo on them - the Moto X will have Lenovo branding on it, for example - and the batwing M is sticking around, too.

Motorola isn't completely disappearing: It'll be the name of a division under Lenovo. All of Lenovo's mobile operations will now fall under Osterloh and Co. This unification will make it easier to bring Vibe phones to places currently the exclusive domain of Motos, and the opposite is also true.

Lenovo is a huge name in PCs but doesn't have nearly the same weight in the mobile market. It will likely use the Moto line to pump up its brand in regions where it's not well-known, while using its own brand cache to introduce Moto in parts of the world where those phones aren't yet sold.

It's not much of a shock that Motorola, once a name that invoked products on the cutting edge of mobile technology, is becoming obsolete, given the surge in popularity of Apple and Samsung along with HTC and others. Still, it may cause a pang of nostalgia for some to know that they're Motorola phones are the last of a dying breed.

Update: We've gotten a statement from the Moto PR team regarding the rebranding.

"Motorola Mobility continues to exist as a Lenovo company and is the engineering and design engine for all of our mobile products. However, for our product branding we will utilize a dual brand strategy across smartphone and wearables going forward using Moto and Vibe globally. 'Motorola' hasn't been used on our products since the launch of the original Moto X in 2013."