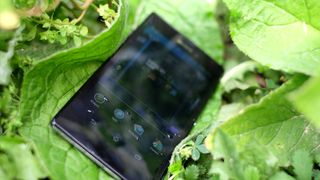 Sony's got a new mid-ranger on the way

While we're not expecting to see the Sony Xperia Z4 at MWC 2015, we may have just got a hint of what Sony will show, as a new Xperia handset has been benchmarked, revealing many of its specs in the process.

Other little details include the presence of NFC and that, disappointingly, there's only 4GB of built in storage.

Not quite a flagship

Together those specs mark it out as a mid-range phone, arguably upper mid-range, but definitely not high end, so it's certainly not the Xperia Z4.

So just what is this mystery new Sony phone? Well we're not sure just yet. It could be a successor to an existing phone like the Sony Xperia T3 or the Xperia C3, or it could be an entirely new thing.

Whatever it is it sounds like a more accomplished mid-ranger than most of Sony's handsets, lack of storage aside, so if the price is right it could be quite an exciting prospect and if it does show up at MWC it could go some way to filling the hole left by the Xperia Z4's absence.