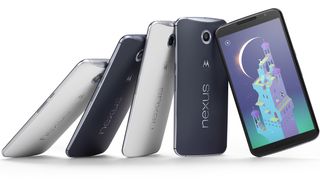 Trying to predict the company Google will partner with to make the next Nexus has become our new favourite game. A few weeks ago it looked like Huawei was the frontrunner but new rumours are pointing towards Google's old friend LG.

The fresh reports have been prompted by a visit by Google executives to LG headquarters in South Korea: it sounds like they were there to thrash out the details of the successor to the Nexus 6, but as yet we don't have confirmation either way.

We're also hearing that the upcoming handset is going to be called the Nexus 7, even though there are already a couple of tablets with that moniker. Maybe Google thinks keeping the naming sequence going is worth the confusion - or perhaps LG is working on the new Nexus 7 tablet rather than a smartphone.

LG was Google's go-to manufacturing partner for both the Nexus 4 and the recently retired Nexus 5, before Motorola was given the job of making the Nexus 6. That makes it a safer bet than Chinese manufacturer Huawei, but apparently Google is keeping its options open.

Of course there's nothing particularly unusual in a Google visit to one of its Android partners, but the press in South Korean seem to think it's significant. Reports say the upcoming device has the codename "N000" - perhaps Google is going to reset the numbering system and start again from scratch?

At this early stage we don't know anything about the next Nexus, but Google will want a device launch this year that improves on the rather stuttering entrance into the world the Nexus 6 had. We'll have to wait and see whether LG or Huawei is the one to help it do that.