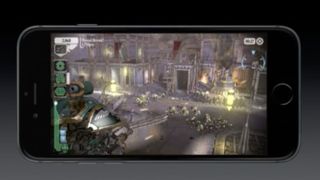 Is the stylish iPhone 6S better than the premium HTC One M9?

If there's one company which can rival Apple for smartphone design it's HTC, and the HTC One M9 is its most gorgeous yet. Not only is it a stunning handset, it's also powerful and packed full of features.

But it may have met its match with the iPhone 6S, a phone which is definitely one of the best looking Apple has ever made and is similarly packed with features and power. So just how do these two pinnacles of smartphone design compare?

With its slim 7.1mm thick build and premium metal shell the iPhone 6S is a great looking phone, but the HTC One M9 is also clad in metal and it can be had in a two-tone colour scheme for an even more eye-catching look.

The gently curved back makes it comfortable to hold too, though at the cost of slimness, as it's a thicker 9.6mm. Its distinctive front-facing speakers make it obvious that this is an HTC handset even front-on, but the iPhone 6S with its improved Touch ID scanner is arguably even more iconic.

So the iPhone 6S has a slightly less sharp display, but not by much and it's more compact, which could appeal to some buyers. It should sport good contrast and accurate colours too if the iPhone 6 is anything to go by.

With a 2.0GHz octa-core Snapdragon 810 processor and 3GB of RAM the HTC One M9 is a pretty powerful phone. But the iPhone 6S's Apple A9 processor leaves it with a whole lot of horsepower too.

These are both clear flagships with the slick performance you'd hope for and while the HTC One M9 has the lead on paper the iPhone 6S should be able to rival it in practice.

Both HTC and Apple have upgraded the camera in their latest flagships. The iPhone 6S has boosted the megapixel count from 8 on the iPhone 6 to 12 now, while the front-facing camera has also been upgraded to a 5MP sensor.

HTC meanwhile has gone from a 4 UltraPixel snapper on the HTC One M8 to a 20MP camera on the M9, while its front-facing sensor gets the 4 UltraPixel treatment.

The single biggest difference between the iPhone 6S and the HTC One M9 is arguably the operating systems they run. The iPhone 6S sports iOS 9, complete with improvements to Siri and Apple Maps, while the HTC One M9 runs Android 5.1 (overlaid with HTC Sense 7.0). It's a more customisable experience but the app offering isn't quite as rich.

Beyond the OS differences the iPhone 6S also supports 3D Touch, which slightly changes the ways you can interact with the phone, as tapping an app or option lightly will result in a different outcome to a forceful press, and there's no such functionality on the HTC One M9.

The HTC One M9 has a fairly underwhelming battery, and it actually seems a backwards step from the HTC One M8, and while it's not dire its 2,840mAh juice pack just barely lasts a day of moderate use.

The iPhone 6's battery didn't hugely impress us either, but it was at least a step up from the iPhone 5S and Apple seems to think the iPhone 6S is on a par with it, so we're cautiously optimistic that the iPhone 6S will have respectable life.

The iPhone 6S on the other hand isn't likely to be discounted any time soon and its starting price is £539 ($649, AU$1,079), so you'll end up paying more for it. There's going to be crazy demand too, so you might have to wait a while to get your hands on one.

The HTC One M9 is one of the closest things you can get to an iPhone 6S if you'd rather run Android. It has a similarly stylish build, plenty of power and a screen that's almost as compact.

It's also slightly cheaper, but it's likely to lose out a little on both camera skills, which is a major point in the iPhone 6S's favour.

Then of course there's the OS. Both iOS and Android have been polished to near perfection but they still offer different experiences, with iOS still tending to get more premium apps, while Android is far more customisable.