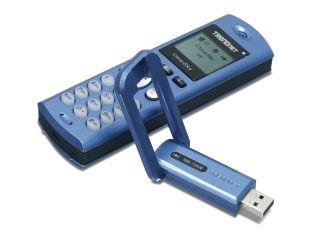 Mobile phone shops in the US are reportedly very sceptical about whether the public wants VoIP (voice over internet protocol) enabled mobile phones. New research published this week indicates that the entire telecoms industry is too focused on dual-mode phones, and is missing out on other more important areas of expansion.

With a dual-mode mobile phone, you can use the mobile as normal as well as with cheaper, sometimes free, internet phone services - like Skype .

The research by US-based Ovum , says by the end of 2010, only two per cent of mobile subscribers, less than five and a half million people, will have purchased dual-mode services - 10 years after such devices were hailed as being the next big thing.

"Equipment vendors have been fixated on dual-mode phones as the key form of fixed-mobile convergence," says Jan Dawson, vice president of Ovum, and author of the report.

She goes on to say that telecom companies need to expand on other approaches to fixed mobile convergence, citing 'identity convergence' as an example. That's where you use the same number or username for email, chat and talking on any device.

"It's time for a reality check," says Dawson. "Carriers have to move on to forms of fixed-mobile convergence which have real potential for commercial launch."