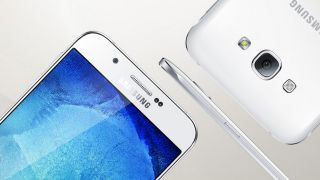 Samsung is readying a new phablet which looks set to be one of the company's largest phones yet, according to reports.

PhoneArena says the Samsung Galaxy A9 will have a 6-inch AMOLED screen which runs at 1080p, and will be powered by an octa-core Qualcomm Snapdragon 620 processor, with 3GB of RAM.

The phone will come with a fingerprint scanner and 32GB of storage, and camera-wise will sport a 13MP sensor on the rear, and 8MP on the front.

A couple of years ago such specs would have been hugely impressive, but Samsung has already released phones which have surpassed it on a technical level. The Galaxy S6 and Note 5, for instance, both have QHD screens as well as faster processors.

So, as far as the A9 goes, Samsung must be hoping that inner beauty doesn't count, and that it's what's on the outside that matters.

Perhaps most interesting is the claim that the A9 will sport a whopping 4000mAh battery – almost double the capacity of the Galaxy S6's 2550mAh power pack.

Bringing its A game

The A9 is part of Samsung's A series, which launched last year. A-series devices were originally created in response to criticism of the Galaxy S5 for feeling too cheap – so Samsung stuffed the innards of their phones into classier metal cases.

The A3, A5 and A7 are also being refreshed for early next year, and are expected to likewise be positioned as affordable yet premium-looking devices.