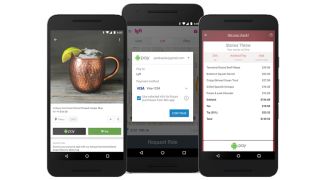 Android Pay is adding the ability to make purchases on smartphones without needing to switch apps. Not only will Android users be able to pay with their phone all in one place, but more apps are gaining compatibility with Android's mobile payment platform as well.

Android is also touting a growing list of Android Pay-compatible apps, which include services such as Lyft, JackThreads, and Jet. Several of the apps are also hosting limited-time deals and discounts for those who choose the mobile payment service.

Google also announced it plans to expand Android Pay to Australia soon, along with several other countries by the end of 2016.